Home › Forums › Main Lobby › The Main Board › Software for timelines?

Close your Terminal window and open a new one

Download the “source” package (the .zip file) from http://thetimelineproj.sourceforge.net/getting 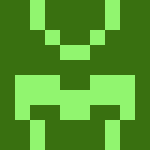